Small Cell Carcinoma of the Lung Presented as Acute Pancreatitis. Case Report and Review of the Literature

Lung cancer is the second commonest cancer in the UK. It is commonly presents with respiratory symptoms; however, some cases are diagnosed incidentally during investigation of unrelated symptoms. Some of the lung cancer cases presents with loco-regional and/or distant metastasis. Connection of lung cancer to pancreatitis is extremely rare [1]. We are presenting a case of pancreatitis due to hypercalcemia of small cell carcinoma.

A 53-year-old lady presented with epigastric pain radiated to the back, nausea and vomiting of 3 days. She had no previous similar episode of pain. She had no history of gallstone disease or alcohol abuse. No history of recent infection, trauma, endoscopic procedure and no on regular medication. She had no significant past medical or surgical problems. Clinical examination on admission revealed normal vital signs, cervical lymphadenopathy and epigastric tenderness.

Pituitary magnetic resonance imaging scan showed no pituitary lesion. Chest and plain abdominal X-rays showed no free gas under diaphragm and no bowel obstruction. She had high calcium level at 2.89 mmol/L (2.15-2.60 mmol/L). Glasgow score was 1 and diagnosis of mild acute pancreatitis was made.

Ultrasound and subsequent computerized tomography (CT) showed no gallstones but CT showed liver lesions which were reported initially as hemangiomas. On the 9th day of admission she developed swollen left upper limb. At that stage the radiology imaging were reviewed at the radiology multidisciplinary team meeting and her chest X-ray was compared to the previous one of two months which showed significant 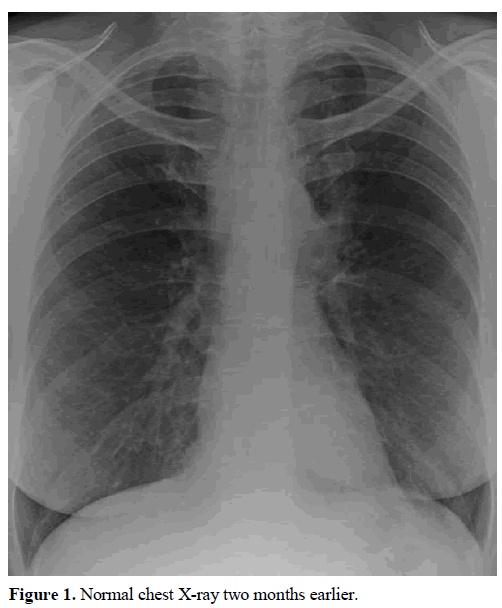 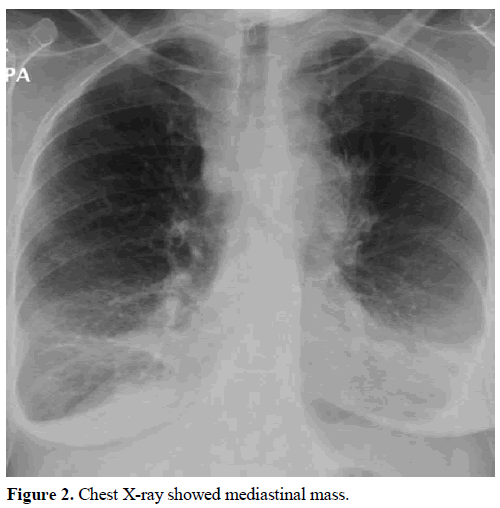 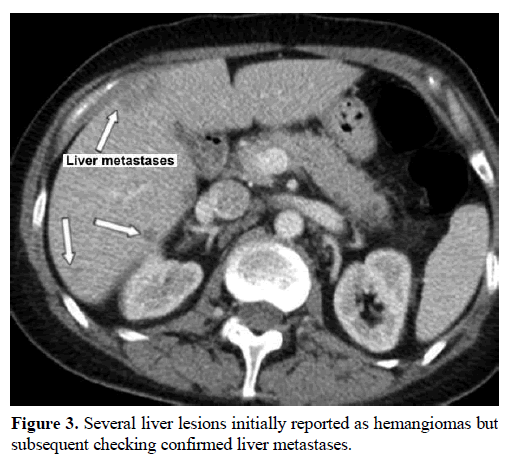 Heamatology and respiratory team were involved and bone marrow and lymph node biopsies were suggestive of small cell carcinoma of lung origin. The respiratory team took over the patient care. 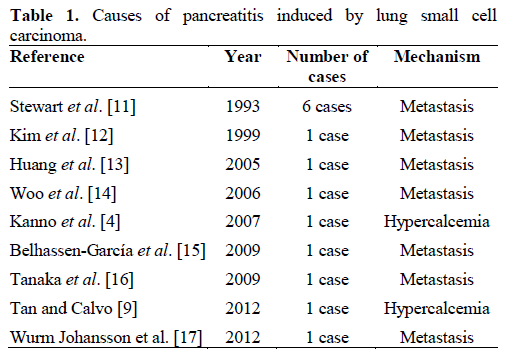 Only two cases of small cell carcinoma of the lung causing acute pancreatitis were found [8, 9]. Hypercalcemia induces pancreatic injury via a secretory block, accumulation of secretory proteins, and possibly activation of proteases [10]. It is a rare cause of pancreatitis. Hypercalcemia due to small lung carcinoma causing pancreatitis is an extremely unusual and probably this is the third case. The level of calcium could reach 3.87 mmol/L at the time of diagnosis [9].

Initial radiology report put less weight on the liver lesions; however, reviewing imaging and the commitment to find the cause of hypercalcemia in this case has helped to reach the definite diagnosis. Multidisciplinary teamwork was successful to diagnose and to instill management plan quickly.

Hypercalcemia due to small cell carcinoma of the lung causing acute pancreatitis is an extremely rare condition. Multidisciplinary team approach is important for successful diagnosis and early management.

The Authors certify that they have no affiliation with or financial involvement in any organization or entity with a direct financial interest in the subject matter or materials discussed in the manuscript (e.g. employment, consultancies, stock ownership, honoraria)

The authors declare no conflict of interests