Pancreatic Neuroendocrine Tumors (pNETs) are rare, and account for 1-2% of all pancreatic malignancies. PNETs are usually indolent but can often have unpredictable biologic behavior with potential for malignant transformation. Additionally, pNETs can often be associated with inherited syndromes such as Multiple Endocrine Neoplasia type 1 (MEN-1) and Von Hippel- Lindau disease (VHL), which can present at a younger age with multi-centric pancreatic lesions, adding further complexity to treatment decision making[1, 2, 3].

Surgical resection of pNETs remains the only curative treatment option and is regarded as the standard of care even in some cases with advanced disease. Surgical options include enucleation or standard pancreatic resections, such as Pancreaticoduodenectomy (PD), Central Pancreatectomy (CP) or Distal Pancreatectomy (DP). Enucleation has the advantage of parenchymal preservation with minimal chance of endocrine or exocrine pancreatic insufficiency - features that make it an attractive option for younger patients with indolent pNETs, in whom one might want to avoid both short and long-term morbidity of a major pancreatic resection. However, any benefit that can be gained from enucleation must be weighed against the risk of Post-Operative Pancreatic Fistula (POPF), especially for tumors close to the Main Pancreatic Duct (MPD) (≤ 3 mm distance), due to increased risk of inadvertent injury to MPD or major side branch [1, 2, 3, 4, 5, 6, 7]. In fact, many surgeons now consider enucleation a relative contraindication for pNETs close to the MPD, choosing instead to proceed with more standard resections such as PD, CP or DP [1, 3, 4, 5, 6, 7]. In this paper we describe our approach of ERCP Assisted Enucleation (EAE) for deep pNETs (≤ 3 mm from the MPD) as a technique to increase safety of the procedure, by assessing for integrity of MPD and early identification of patients at high risk for development of POPF after enucleation [5, 6, 7].

Our technique of EAE is reserved for patients with pNETs that are ≤ 3 mm from MPD and who are otherwise candidates for enucleation based on tumor size and type.

The surgery can be performed as an open surgery or laparoscopically, depending on the location of tumor, patient characteristics and the experience of the surgeon. After general exploration, lesser sac is entered, and pancreas exposed. Intra-operative ultrasound is utilized to assess the pancreas, identify the tumor and re-measure distance of the pNET from the MPD. The tumor is then enucleated using standard surgical techniques. Care should be taken on deeper dissection to stay close to the tumor in order to avoid inadvertent injury to the MPD. After enucleation, the pancreatic parenchyma is carefully inspected. In absence of any obvious injury to the MPD, an on-table ERCP is performed. On ERCP images, careful attention should be given to any evidence of contrast extravasation from MPD or major side branch in the area of enucleation. If no leakage is apparent, a surgical drain is left in the vicinity of surgery, and the procedure is terminated. A PD stent should be placed to reduce the risk of post-ERCP pancreatitis, and for the treatment of small leaks, particularly following enucleation of deeper tumors, which may not be readily apparent on intraoperative pancreatogram. If the pancreatogram indicates significant contrast extravasation from the MPD or major side branch at the time of pancreatogram, this is taken as an indicator for the development of significant POPF, and the surgery is converted to a standard pancreatic resection (PD, CP or DP) depending on the location of pNET. Intraoperative ERCP can also be considered for enucleation of pNETs>3 mm from the MPD if they are located deep in the pancreatic parenchyma or if there is a concern for the integrity of MPD at conclusion of tumor enucleation.

Figure 1 shows a Magnetic Resonance Imaging (MRI) of a 17-year-old girl with MEN-I syndrome who was found to have a 1.7 cm insulinoma in the head of the pancreas after a work up for recurrent symptomatic hypoglycemia. She was managed using EAE technique described above. Figure 2 shows the appearance of the tumor on Endoscopic Ultrasound (EUS). The MPD cannot be seen in this image but was measured to be approximately 2 mm from the deep tumor surface. The tumor was deep in the parenchyma and was enucleated successfully after identification with intraoperative ultrasound (Figure 3). ERCP obtained in the operating room showed an intact MPD without any significant extravasation at the enucleation site. Pancreatic stent was deployed due to depth of tumor, and the very close proximity to MPD. A surgical drain was left in the vicinity of enucleation site. The patient had an uneventful post-operative recovery without development of pancreatitis or significant POPF. She has continued to do well until the most recent follow-up.

Figure 1. (a). Receiver Operating Curve (ROC) for the final nomogram (Area Under the Curve = 0.756; asymptotic significance <0.0001). (b). Calibration plot comparing the nomogram performance for each decile to the ideal prediction line.

Figure 2. (a). Receiver Operating Curve (ROC) for the final nomogram (Area Under the Curve = 0.756; asymptotic significance <0.0001). (b). Calibration plot comparing the nomogram performance for each decile to the ideal prediction line. 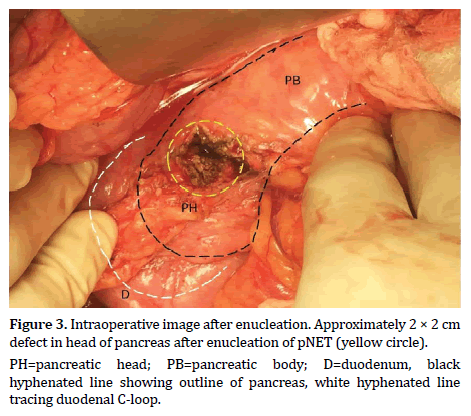 Figure 3. (a). Receiver Operating Curve (ROC) for the final nomogram (Area Under the Curve = 0.756; asymptotic significance <0.0001). (b). Calibration plot comparing the nomogram performance for each decile to the ideal prediction line.

PNETs are rare, usually well differentiated, and if malignant, carry a better prognosis than pancreatic adenocarcinoma [1]. These tumors are usually sporadic; however about 10-15% are associated with inherited genetic disorders such as MEN-1 and VHL [2, 3].

Surgery is the mainstay of treatment of patients with pNETs, and is indicated to achieve cure, control hormone hypersecretion, alleviate tumor related local compressive symptoms, and for palliation purposes in patients with advanced disease [2, 3]. Surgical options include enucleation of the tumor with parenchymal preservation, or standard pancreatic resections (PD, CP or DP) [1, 4, 5]. pNETs<2 cm in size have a very low incidence of malignancy (6%) which makes enucleation an extremely attractive option for symptomatic and/or functional pNETS<2 cm [2]. Enucleation has the advantage of being less invasive than standard resections with a low (2-5%) risk of endocrine or exocrine insufficiency compared to a much higher risk of pancreatic insufficiency seen after PD, CP or DP, which approaches 50% in some studies [3, 4, 5, 6, 8, 9]. Additionally, pancreatic enucleation results in less intraoperative blood loss, decreased length of surgery, and shorter hospital stay when compared to standard resections [5]. However, enucleation can lead to disruption of the main pancreatic duct or major branches manifesting as post-operative pancreatic fistula (POPF), which can significantly contribute to procedural morbidity. POPF rates after enucleation vary from 20-67% and can also range in severity from clinically insignificant (International Study Group for Pancreatic Fistula [ISGPF] grade A) to clinically significant (ISGPF grades B & C) [2, 6, 7, 10], which might require additional procedures and prolonged hospitalization. Many studies have extensively looked at the risk of POPF after enucleation and have identified tumor size>3 cm, and distance of ≤ 3 mm from the pancreatic duct as risk factors for clinically significant POPF[2, 6, 7, 9]. Some studies have also shown a higher incidence of POPF after enucleation in patients with hereditary syndromes, especially MEN-1. Consequently, many surgeons now consider pNETs ≤ 3 mm from MPD as a contraindication to enucleation. Preoperative imaging with CT, MRI/MRCP and Endoscopic Ultrasound (EUS) can provide valuable information on both the size of the tumor and its relationship with the main pancreatic duct and use of intraoperative ultrasound at time of surgery can provide valuable real time information on orientation with MPD in borderline cases [3, 6]. However, once enucleation is started, there is no reliable way to diagnose injury to MPD or major side branch other than visual confirmation of leaking pancreatic fluid from disrupted duct. This is often difficult, especially in lesions deep in the pancreatic head due to bleeding and cautery eschar (Figure 3). A missed injury to MPD can be catastrophic and lead to significant morbidity post-operatively possibly requiring additional procedures. We believe that in such situations, our described technique of EAE can help identify any significant pancreatic leak at time of enucleation providing valuable information that can help guide further treatment. If a significant leak is appreciated, then one can proceed with standard resection (PD for head lesions or DP for lesions of the body and tail) and potentially save the patient from morbidity related to clinically significant POPF. If a leak is not seen, then surgical site can be drained externally, and procedure terminated with close post-operative follow up of drain output. Pancreatic stent is deployed after ERCP to reduce risk of post ERCP pancreatitis and to treat small pancreatic leaks that may not have been seen on pancreatogram. This approach has been summarized in Figure 4, in the form of a treatment strategy algorithm. 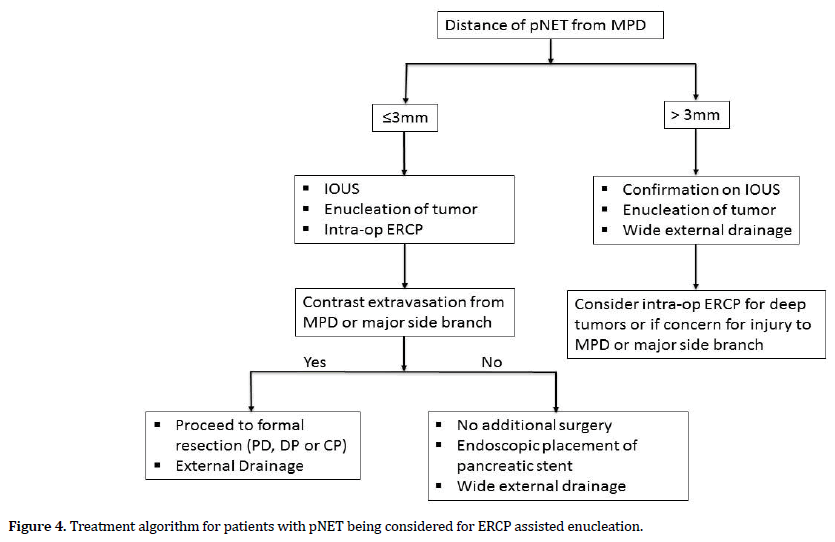 Figure 4. (a). Receiver Operating Curve (ROC) for the final nomogram (Area Under the Curve = 0.756; asymptotic significance <0.0001). (b). Calibration plot comparing the nomogram performance for each decile to the ideal prediction line.

The described patient had a highly symptomatic insulinoma in the head of the pancreas in close proximity to the MPD. Where everyone agreed that surgery was required, there was a difference in opinion regarding the choice of treatment. Given close proximity of the tumor to the MPD, it would have been reasonable to proceed with a pancreatoduodenectomy however we were hesitant in subjecting a 17 year-old girl with an indolent pNET to potential long and short-term complications of major pancreatic resection. Use of EAE allowed for a safe enucleation and potentially avoided the risk of development of significant POPF. However, the potential benefit of EAE must be weighed against the small but real risk of post ERCP pancreatitis. Also arranging ERCP at time of surgery can present logistical challenges that may need to be addressed well in advance.

The described technique of EAE can be a viable treatment option for some patients with pNETs in close proximity to the MPD. It can potentially increase the safety of the procedure by earlier assessment of integrity of the MPD, decreasing risk of development of significant POPF and avoiding the morbidity associated with major pancreatic resections (PD, CP or DP). Additional studies are required before efficacy of EAE in management of pNETs can be clearly established.