Synchronous Presentation of Ampullary Adenocarcinoma and Common Bile Duct Cancer: Report of a Case and Review of Literature

Context Ampullary adenocarcinomas and bile duct cancers represent a very small minority of all gastrointestinal malignancies. Synchronous presentation of both malignancies is extremely rare. Case report We report a case of a 76-year-old male who presented with painless jaundice. His work-up showed an ampullary mass and a separate common bile duct stricture. Attempted endoscopic resection established the diagnosis of ampullary adenocarcinoma. Pathologic examination of the Whipple specimen identified a separate focus of bile duct cancer. Conclusion Synchronous presentation of an ampullary mass and separate distal bile duct stricture, especially in elderly patients, should raise concern for both lesions representing malignancies. In the absence of conclusive evidence for survival advantage in resected early stage ampullary and biliary cancers, close observation should be considered a valid alternative to adjuvant chemotherapy and radiation.

Cancers of the ampulla of Vater are rare entities, comprising only about 6% of periampullary tumors, and less than 1% of all gastrointestinal malignancies [1, 2, 3]. Although ampulla of Vater cancers are more common than common bile duct cancers, they occur tenfold less frequently than cancers of the pancreatic head. In autopsy series, occult ampullary adenomas and adenocarcinomas were observed in 0.2% of patients. Tumors of the ampulla may arise from the duodenal surface of the papilla (peri-ampullary-type) which is lined by small intestinal epithelium or from the ampullary channel (intra-ampullary type) which is lined by pancreaticobiliary type ductal epithelium. Histopathologic classification is an indicator of survival, with the pancreaticobiliary subtype having the worst prognosis [4, 5]. The incidence of bile duct cancers is on the rise, with about 5,000 new cases diagnosed in the U.S. yearly. These tumors can be divided into intrahepatic, perihilar or distal tumors and account for about 3% of all gastrointestinal malignancies. Distal common bile duct cancers are frequently node positive and require a Whipple operation for adequate nodal and margin clearance. With ampullary cancers comprising less than 1% of gastrointestinal malignancies, synchronous periampullary tumors are incredibly rare entities. Herein we report a case of a 76-year-old man with synchronous ampullary and common bile duct adenocarcinoma presenting as two separate primary cancers.

The patient is a 76-year-old male who initially presented to his primary care physician with dark urine that prompted further laboratory evaluation and imaging. A CT scan was ordered, and it showed biliary ductal dilation measuring up to 1.2 cm. During initial ERCP performed locally, a frond like villous mass involving the major papilla was identified. Additionally, the lower third of the main bile duct contained a single localized stenosis measuring 5 mm in length.

The patient was referred to the University of Colorado to establish tissue diagnosis and for an attempted endoscopic resection given his age and comorbidities. On repeat ERCP, an ampullary mass was identified involving the major papilla (Figure 1). A localized distal biliary stricture was also found which did not have the appearance of intraductal growth of an ampullary mass. Endoscopic ultrasound confirmed the presence of the ampullary mass causing a stricture (mass 2.2 cm in largest diameter; Figure 2). The stricture was in the very downstream common bile duct, felt to be entirely within the intra-duodenal portion, and EUS showed no definite submucosal invasion. Endoscopic biopsies were suspicious for adenocarcinoma, but without definite invasion; it was not felt that brushings would add any useful information at this point. After a lengthy discussion of treatment options, the patient elected for an attempt at endoscopic ampullectomy rather than proceeding directly to surgery. Endoscopic ampullectomy was performed with a polypectomy snare in multiple segments (Figure 3). Histologic analysis demonstrated periampullary/duodenal dysplasia (adenoma) associated with invasive carcinoma limited to the ampulla. Immunohistochemistry demonstrated positive staining for CK20 and CDX2 and negative staining for CK7. Based on the combined findings of duodenal dysplasia and immunoreactivity for CK20 and CDX2, the carcinoma was classified as intestinal-type. Invasive carcinoma was widely present at the cauterized tissue edges. No lymphovascular invasion was identified. Figure 1. ERCP confirmed the presence of an infiltrative mass involving the major papilla. 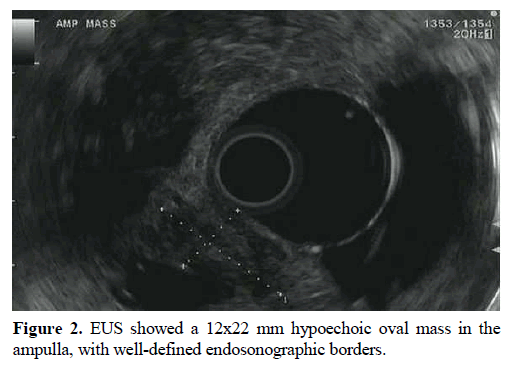 Figure 3. Ampullectomy with snare was performed.

The patient subsequently underwent surgical evaluation. He was found to be a reasonable surgical candidate with normal CA 19-9 and CEA. A pancreas protocol CT scan was ordered which identified no concerning lesions for stage IV disease. A classic Whipple operation was performed with appropriate lymph node dissection without difficulties. The patient tolerated this procedure well and was discharged home following an uneventful postoperative course on postoperative day 8.

The final surgical pathology report revealed two discrete tumors associated with dysplasia. As seen in the endoscopic ampullectomy, a 1.5 cm invasive moderately differentiated intestinal type ampullary adenocarcinoma was identified associated with a periampullary/duodenal adenoma with high grade dysplasia (Figure 4). The tumor was located at the junction of the ampulla and the duodenal mucosa, at the papilla. The second tumor was described as a 0.4 cm raised polypoid lesion located 1.5 cm away from the ampullary tumor, arising in the distal (intrapancreatic) common bile duct. It was classified as a moderately differentiated biliary adenocarcinoma associated with low and high grade dysplasia of the surrounding biliary epithelium (Figure 5). All resection margins, including the common bile duct, pancreatic and retroperitoneal margins were negative for dysplasia and invasive carcinoma. Twenty-eight lymph nodes were examined, and all were negative for metastatic adenocarcinoma. The pancreas showed chronic pancreatitis and rare foci of Pan-In 1 and 2. The case was reviewed by a second gastrointestinal pathologist who concurred with the diagnosis. The final pathologic stage for both tumors was stage I (T1N0M0). The patient was presented at University of Colorado Gastro-Intestinal Tumor Board and given the early stage of both malignancies and the patient’s age, close observation was recommended. Figure 5. A second mass was discovered in the distal common bile duct which proved to be a synchronous carcinoma arising from papillary high grade dysplasia associated with an invasive adenocarcinoma.

The ampulla is an anatomically and histologically complex structure, arising from the confluence of the distal common bile duct and main pancreatic duct of Wirsung [6]. The ampulla is lined by intestinal type epithelium on the duodenal surface and transitions to pancreatobiliary-type in the common ampullary channel. Carcinomas can arise either in the ampulla or on the papilla [7]. Due to the close proximity and variability in length of these structures, it is frequently difficult to clearly distinguish between peri-ampullary (duodenal), true ampullary, distal common bile duct, and pancreatic carcinomas.

Ampullary carcinomas are classified into two subtypes based on the presumed epithelium of origin: intestinal or pancreaticobiliary. The majority of them (85%) are intestinal-type adenocarcinomas and evolve through an adenoma-dysplasia-adenocarcinoma sequence similar to colonic adenocarcinomas [8]. Although histologically distinct, tumor subtype can be confirmed with the use of immunohistochemistry. Intestinal-type ampullary adenocarcinomas are observed to be CK7 negative (73-82%), CK20 positive (80-91%) and 100% CDX2 positive, resembling intestinal epithelium [9]. Conversely, pancreaticobiliary-type tumors are CK7 positive (96%) and CK20 and CDX2 negative, similar to pancreatic ductal epithelium [10]. Histologic subtype is a known prognostic indicator, with intestinal-type ampullary carcinomas associated with better survival and pancreaticobiliary-type carcinomas behaving more aggressively [5]. Both subtypes, however, are associated with better survival rates than pancreatic ductal adenocarcinoma, most likely due to the earlier stage at which ampullary carcinomas are detected [2]. The current case is unusual in that two discrete adenocarcinomas were identified within 1.5 cm of each other within the ampullary channel. The presence of associated periampullary/duodenal and biliary dysplasia suggests that both tumors arose from precursor adenomas, one intestinal-type periampullary, and the other biliary. As these epithelia are both embryologic foregut derivatives and share a common precursor cell, the presence of dysplasia in both sites suggests a potential field effect for carcinogenesis.

Improvements in technique have made the initial endoscopic approach more popular; however, optimal treatment remains controversial. In general, smaller ampullary lesions (<2 cm) can be considered for endoscopic resection. If the lesion is over 2 cm in size, dysplasia is identified, or a tissue diagnosis of cancer is obtained, the patient is referred for surgical treatment. The Kausch-Whipple operation provides a 5-year survival rate of 77% for patients with stage I disease [11]. Local resection (ampullectomy) provides a 75% 3-year survival for R0 resection [12]. A large series of resected ampullary adenocarcinomas showed a significantly decreased median survival once nodal metastasis was identified (79.1 months for node negative, 23.4 months for node positive cancers) [13]. The observed differences in survival based on the number of nodes examined raised the possibility of the therapeutic effect of lymphadenectomy. Given these data, the more radical Whipple operation should be strongly considered once an ampullary cancer diagnosis is established in otherwise good surgical candidates.

Our patient presented with a 2.2 cm ampullary mass and a separate distal bile duct stricture. Given his age and lack of a tissue diagnosis at that point, an endoscopic resection was attempted. Pathologic exam found the entire ampullary mass representing cancer with widely positive margins. Examination of the Whipple specimen had a unique finding and identified a separate focus of a second primary cancer originating in the distal common bile duct originally presenting as common bile duct stricture on ERCP images. The Whipple operation treated both malignancies appropriately from an oncologic standpoint.

The benefits of adjuvant chemotherapy and radiation in resected, early stage periampullary cancers are poorly studied. Most published trials lump various periampullary tumors together and frequently enroll metastatic and locally advanced patients together. While combining cisplatin with gemcitabine appears to be beneficial in locally advanced or metastatic cholangiocarcinomas and ampullary cancers, its use in resected, early stage cancers remains unproven [14]. Another trial failed to show a benefit with adjuvant chemotherapy, with overall survival and progressionfree survival similar between treatment and control groups [15].

In conclusion, an ampullary mass measuring over 2 cm in size with concurrent distal biliary stricture may represent two separate primary tumors. Both entities frequently present with jaundice and initial presentation will not raise suspicion for two different cancers. Since concern for nodal metastasis for even early stage ampullary and biliary cancers remains high, patients with a concurrent ampullary mass and biliary stricture may be best treated with a Whipple operation ensuring appropriate nodal harvesting. Given the lack of data for survival benefit following adjuvant treatment in resected early stage ampullary and distal bile duct malignancies, elderly patients should be considered for close follow-up as a valid alternative to adjuvant chemotherapy with or without radiation.

No conflicts of interest were declared