Autoimmune Pancreatitis, a Single Centre Experience within the United Kingdom

Visit for more related articles at

Objective Autoimmune pancreatitis is a rare form of chronic pancreatitis characterized by a dramatic response to steroids. We describe our single centre experience of autoimmune pancreatitis over a ten-year period. Methods Between 2004 and 2014 seventeen patients were treated for Autoimmune Pancreatitis within our institution. Patterns of recurrence and the use of corticosteroid therapy are described. Results Seventeen patients with a median age of 61 (29-81) years were identified from a retrospective clinical database review. Extra-pancreatic involvement was common and was seen in eleven of seventeen patients. Nine patients received steroid therapy, two underwent pylorus preserving pancreaticoduodenectomy for presumed malignant disease and six had spontaneously resolving disease. Six patients suffered from relapsing disease. Extra-pancreatic involvement correlated with disease relapse (P=0.0427) however the use of corticosteroids at presentation failed to correlate with disease relapse (P=0.131). Conclusion Autoimmune pancreatitis although rare is becoming increasingly recognised in the United Kingdom. Extra-pancreatic features at presentation were common along with spontaneous resolution of disease among our patients. A multidisciplinary approach is recommended to avoid un-necessary surgical intervention or indeed the misdiagnosis of underlying malignancy. 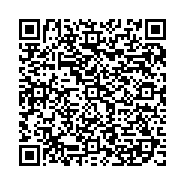